Criminals look for easy targets. Any business with video surveillance is no longer an easy target. That’s how security cameras work to actually deter crime. 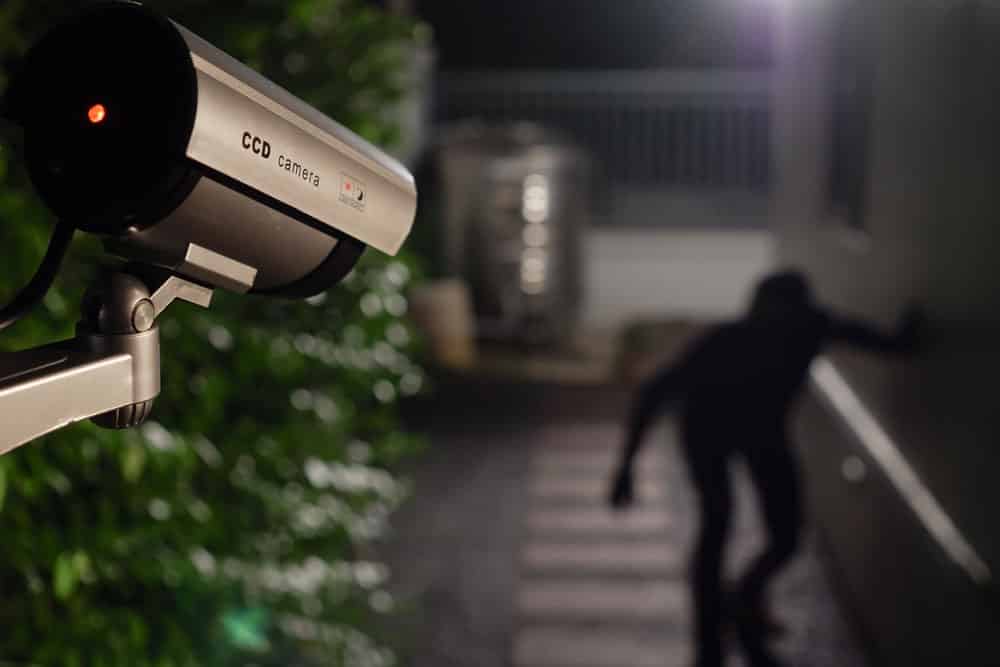 The U.S. Department of Justice says, “The certainty of being caught is a vastly more powerful deterrent than the punishment.”

In addition, Eldad Yechiam researches human behavior and how our brain processes certain things. One discovery he had was, “the aggravation that one experiences in losing a sum of money appears to be greater than the pleasure associated with gaining the same amount.”

In other words, “losses loom larger than gains” meaning it is human nature to avoid loss. This loss aversion becomes stronger when the stakes get larger. If an individual has the opportunity to win $1,000 but they also have to risk $1,000 they will most likely not make the bet since they place more value on the $1,000 they do have.

Thieves and vandals have the same issue. If they have the opportunity to score a lot of cash with a heist, but the job is risky and they may get caught – they are way more likely to pass altogether.

So, how can you create the certainty of being caught? Through the use of signage and video surveillance. Criminals know they either get away with the crime, are caught in the act, or are caught later on. Video surveillance works because it tells criminals right up front: If you break in, we’re going to catch you, either now or later.

Criminals look for easy targets. Any business with video surveillance is no longer an easy target. That’s how security cameras work to actually deter crime.

Does Deterrence Work in Reducing Crime?

Businesses focus a lot of their time on how to deter theft and crime. But their goal isn’t to catch thieves after the fact when the damage has been done. Instead, the gold standard is crime prevention.

Catching a criminal in the act isn’t the best option, either.

See How Simple It Can Be To Secure Your Business.

Talk To Us
These are all reasons to put your money into security systems that deter crime before any damage is done.

Pros and Cons of Deterrence Deterrence as a business strategy works well if you have the right tools in place. The data shows that video surveillance reduces crime:

The results stated, “in places where cameras were sufficiently concentrated and routinely monitored by trained staff, the impact on crime was significant and cost-beneficial.” The study went on to determine that there was “no evidence of crime displacement.” This means that the criminals may have simply given up instead of focusing on a neighboring business.

One study interviewed criminals to determine how to deter crime. They found even something as simple as security signs deterring crime, along with the video surveillance tools.

One summary of the empirical data stated that video surveillance alone isn’t enough to deter crime. Security cameras can deter crime, but to be most effective they must be combined with other measures. Lighting, signage, security guards, and even creating a blocked-off defensible space are all necessary today to fully protect your business.

The message here is that the more effort you put into crime deterrence, the better the payoff. To summarize:

The only downside, when looking at the pros and cons of deterrence, is that you must fully commit to your security strategy for it to be most effective. This requires an upfront investment to deploy the technologies you’re using to reach your goals. However, one study reported that the city of Chicago saved over four dollars for every dollar spent on their video surveillance tools.

How Does It Work?

For obvious reasons, it takes anonymity to commit a crime. Crime happens in darkness, in hidden corners, and when no one is watching or taking action against it. When a criminal sees that you’re not an easy target, the chances are higher that they’ll walk away. That’s how deterrence works in reducing crime.

A professionally designed and deployed video surveillance system is your best defense against crime. These security features work to deter crime when they are out in the open with an advertised presence. Having fencing and lighting along with security signs and video surveillance cameras boldly show criminals that you are always watching—even after hours. Today’s video surveillance tools offer:

But to actually deter the crime before it happens, the business must advertise that they have a security presence even after they’re closed for the evening. The FBI says the majority of business crime happens after hours. Your video surveillance system works when you’re not there, serving as the eyes and ears of your business.

When criminals know you’re watching and have taken steps to prevent theft or vandalism, you become less of a target of opportunity. Visible cameras and security signage portray a security presence that can wield off the intrusion before it even begins.

Your goal then becomes:

This approach to first deter, then respond aggressively is the best and most cost-effective model for protecting your business today.

And yes, it sounds like a lot of work, vigilance, and patience as we wait for criminals to strike. That’s why it’s important to work with a trusted security partner that will watch your property for you with a combination of AI security equipment and a dedicated surveillance team. That way you can focus on what you do best, while the security partner focuses on security.

Does Deterrence Work in Reducing Crime?

The answer to this question is: Yes. The data is clear that a visible security presence at your business can deter crime. Pro-Vigil is the nation’s leading security company for businesses focusing on how to deter and respond to crime. Call on us today to help develop the best approach to protect your investments. We can help.